Food testing has seen large strides in progress as consumers are increasingly becoming more conscious about what goes into what they eat, what pesticides are used and whether the product was organically grown. As consumer demands and perceptions change, there are a number of growing trends within the food testing industry.

One concern for consumers is the use of pesticides on crops. This is because pesticide residue on food can lead to an increased risk of cancer, reproduction and a potential to damage the nervous and immune systems. Worldwide, there are thousands of different chemicals used for pesticides to combat various problems such as fungi, mould and vermin infestations. This can make testing for pesticides a lengthy and arduous process, and researchers are developing new methods to better detect pesticides and chemicals. Increasingly, pesticide testing has shifted from electrospray ionisation towards micro-plasma testing, which provides more detection possibilities.

Glyphosate, a popular herbicide used on plants, has garnered worldwide criticism due to the adverse health effects associated with consumption, and we can expect to see a reduction in use and an increase in testing for said chemical.

2. Globalisation Is Leading To Increased Business

With the food industry becoming almost totally globalised, consumers are now more concerned than ever about the authenticity of their food, and the authenticity of nutritional labels. As consumers demand producers to be more transparent, and as regulations and laws become stricter, the food-testing industry will be poised to see substantial growth in business. As more and more products are made available to consumers from across the world, they will undoubtedly need to be tested and approved before being put to market.

A key area that the food testing industry needs to focus on is automation and fast results. As mentioned before, with more goods available on the market than ever before, and with little sign that this will change or decline, companies need to be able to produce faster results for food testing while still providing quality results. A key area that needs to be developed is automation in testing. Automation in testing will allow companies to cope with the increased workload, while also allowing researchers to improve the cost-effectiveness and accuracy of testing.

While allergen testing has been available for consumers for years, they are now demanding better testing on products, better labelling and more testing for lesser-known allergies. Increasingly, more people are being diagnosed as lactose intolerant or gluten intolerant, which has led to the development of new techniques and testing methods which try to incorporate automation into their process. 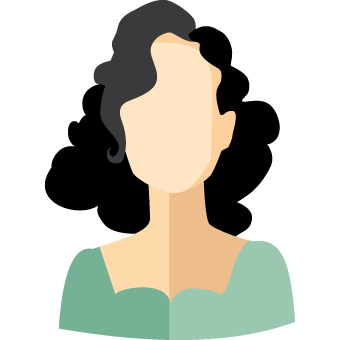 I believe everybody has a dream. What's your dream? Is your dream to leave the city and start a farm? Is it to expand your current farm? Do you want to switch to organic? Focus more on one crop or do something else? In this blog, I hope to write about all of that. Whatever your dream is, I want to help you realise it. Hello! My name is Jessica, and this blog is encompasses everything I know about farming and a bit more. For years, I worked for a grain elevator. Then, I finally saved enough to start my own farm. I love it. Thanks for reading and happy growing on your farm!